The researchers have demonstrated reasonable success at improving yield by improving protein secretion.


Noncoding RNAs, which influence gene expression in myriad ways, might prove useful in reengineering CHO cells for improved viability and protein expression. This idea is behind some of the research that is being carried out by Niall Barron, Ph. Reengineering efforts to create CHO cells show inherent improvement, not just better protein expression, began about 10 years ago.

One possible explanation is that CHO strains, which were originally consisted of attachment-dependent cells, evolved to accept suspension cell culture conditions. During this transition, the CHO genome evolved significantly. Barron became interested in the prospect of advanced, multigene engineering methodologies, but was not interested in modifying each gene individually.

He believed that going after a handful of proteins through small interfering RNA siRNA would be fruitful, which it was. Barron explained. Before the CHO sequence became available, Dr. Several strategies exist for effecting desirable changes in the CHO genome. A variant consists of permanently integrating a sponge molecule. Another technique uses short hairpin RNA that ultimately converts into an siRNA against the target microRNA—similar to the transient situation, but now stably expressed in cells.

Finally, one might delete microRNA from genome completely. In a biopharm setting, the last approach is most desirable. Barron cautioned. In a nonoptimized fed-batch culture, cell density and longevity improved, while yield of a model protein doubled.


Barron has patented the targeting of microRNA-7 for these purposes, and continues to work on noncoding RNA gene silencing. In commercial settings, Dr. Barron recommended an even simpler approach: continuous feeding of siRNA into CHO culture, almost as media supplement.

And it could apply to existing processes. Log in to leave a comment. This site uses Akismet to reduce spam. Learn how your comment data is processed. Top 10 U. Biopharma Clusters. Controlling Impurities in Cell Culture Media. Top 10 Companies Leveraging Gene Editing in Looking Into a Crystal Ball. Breakthroughs in Immunotherapy. Home January 1 Vol. Recently Featured. Continuous Manufacturing of Viral Vaccines.

Please wait while you are redirected to the right page Orchestrating CRO Services. Delivering Nucleic Acids into Cells. By using PRSs derived from adult populations, the findings convincingly demonstrate the value of applying genetic data derived from depressed adults to children. The authors also examined the influences of child abuse on the likelihood of youths developing depression, and not surprisingly, they found an effect; interestingly, this effect was independent of that attributed to genetic risk.

A considerable amount of data from the Binder group, as well as others, points to the importance of the FKBP5 gene in modulating cortisol regulation and as a risk factor for the development of psychopathology. Here, the authors show a gene-by-environment interaction such that children who develop a heightened sensitivity to stress increased emotional reactivity and prolonged stress-induced cortisol were more likely to be exposed to higher levels of parental interpersonal violence and to have the risk alleles for the FKBP5 gene.

Importantly, when assessed in middle childhood, these children were more likely to have poorer school achievement and behavioral problems. In another developmentally focused paper, Riglin and colleagues 6 shed light on the symptom of childhood irritability and its longitudinal expression in part by using PRSs for attention deficit hyperactivity disorder ADHD and depression.

Taken together, these findings help with understanding the heterogeneous nature of childhood irritability and with clarifying how these symptoms evolve over time in relation to the development of different psychiatric disorders. Davis et al. The genes and proteins associated with this domain are very interesting, as their numbers of copies are markedly increased in humans compared with other species, and they have been linked to brain development including brain size.

Unlike findings from GWASs that assess multiple single-nucleotide variations, the methods used by Davis et al. In their article, Davis et al. This relation was selectively found in autistic individuals from multiplex families—families presumed to have a genetic load in which there were at least two children with autism. The data from this study further implicate specific genes within the Olduvai family in heritable autism and in my view provide a basis for more in-depth, mechanism-based studies in preclinical animal models of psychiatric disorders.

In a collaborative study involving numerous research groups, Mullins et al. Although the authors found a few significant genetic loci in the major depression and bipolar disorder groups, these findings were not replicated in data from other large cohorts. However, PRSs for depression were found to be associated with suicide attempts regardless of diagnosis, whereas PRSs for schizophrenia or bipolar disorder were not associated with increased risk.

In their editorial, Fabiana Lopes and Francis McMahon discuss these findings in more detail and speculate about the implications of the finding that genetic risk for depression is broadly associated with suicidal behavior across diagnoses. Finally in this issue, Escott-Price and colleagues 9 use PRSs to address possible relations between the genetic risk for schizophrenia and fecundity. One of the aims of this article is to clarify why risk genes for such a devastating illness persist in the general population.


Although the authors find a significant but weak positive association between PRSs and the number of children produced by women without schizophrenia, the magnitude of this effect is much less than the negative association with fecundity observed in men with schizophrenia. These findings suggest that the negative selection conferred by the illness is much greater than any supposed survival advantage that schizophrenia risk genes might bring to the unaffected general population.

In conclusion, the articles in this issue of the Journal present findings from the very best studies examining the genetic underpinnings of psychiatric and neurodevelopmental illnesses. Numerous interesting genetic insights are presented, including those relevant to depression in youths, emotional and physiological regulation in response to stress, autism severity, and fecundity with respect to schizophrenia.

PRSs are commonly used in these articles for predicting illness, identifying those at risk, and understanding transdiagnostic symptoms such as irritability and suicidal behavior. As noted in the editorials, these approaches continue to be refined and hold great promise for future clinical applications. We have come a long way since the discoveries of Darwin and Mendel and have vastly increased our knowledge of psychiatric molecular genetics. We look forward to additional discoveries and innovative technologies that will allow us to confidently apply genetic information to improve our clinical outcomes. 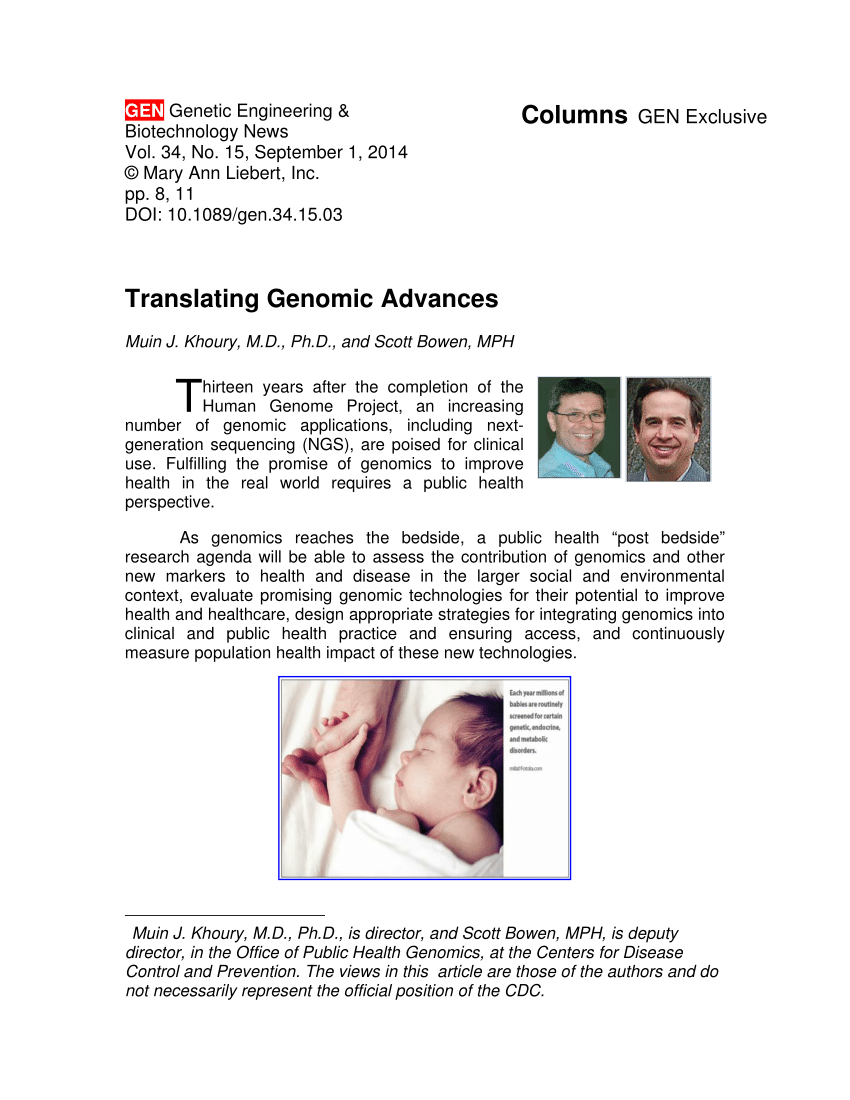